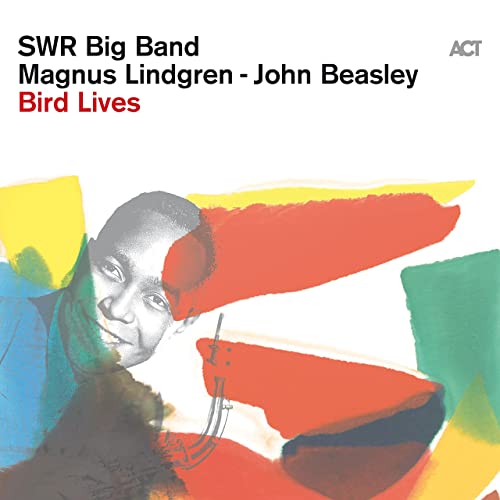 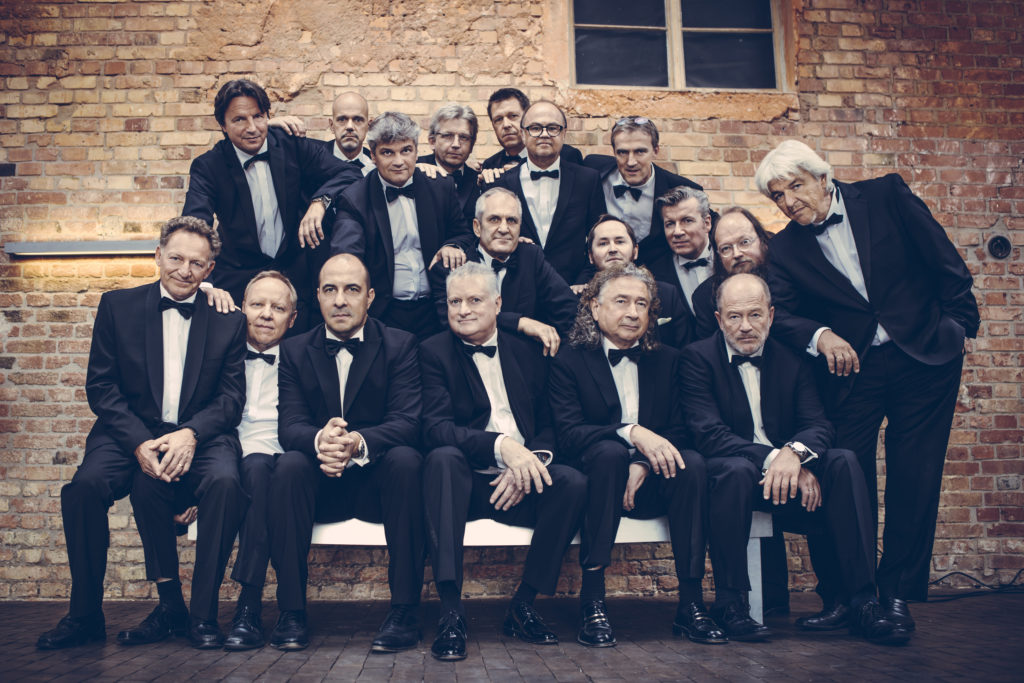 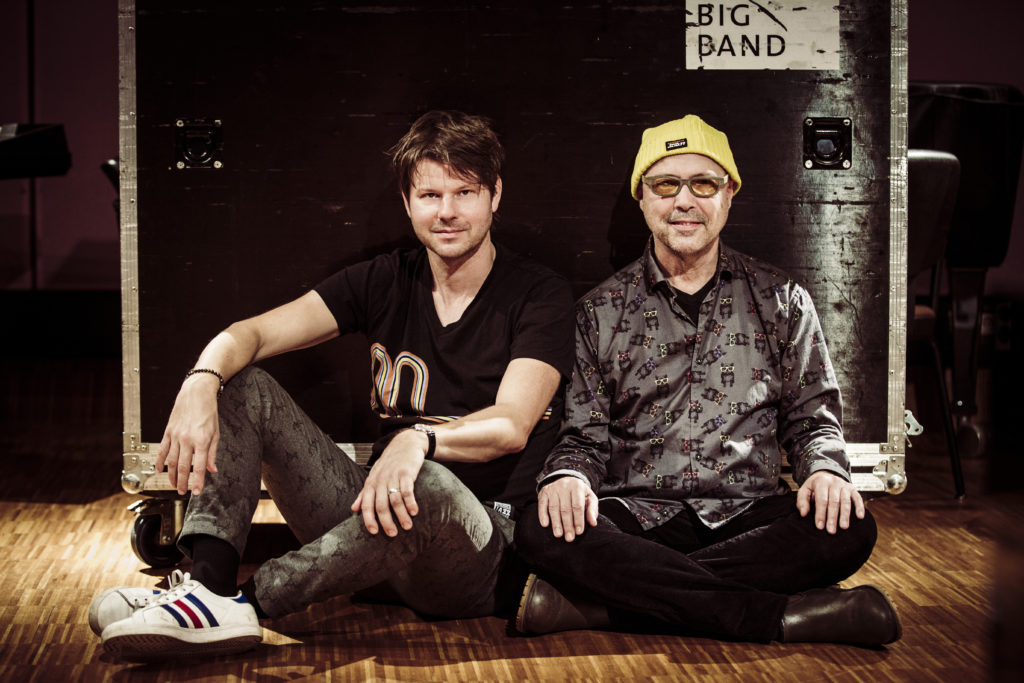 2020 wasn’t just Beethoven’s year, it was also the centenary of Charlie Parker’s birth. And if it hadn’t been for the pandemic, the world would have seen notices of all kinds of major concerts to celebrate the legacy of Bird (as Charlie Parker was known), one of the giants of jazz; one of the great musical innovators of the 20th century; the co-inventor of bebop; and probably the most important and influential saxophonist in jazz.

The “Bird Lives” music on this album was to have been recorded and premiered by the SWR Big Band a couple of months before Charlie Parker’s 100th anniversary, which was on August 29, 2020. The world premiere was scheduled at the iconic Hollywood Bowl in Los Angeles – which seats 18,000 people – with co-arranger and conductor, John Beasley and his six-time GRAMMY-award nominated MONK’estra Big Band with a string section during the week leading up to Bird’s centenary. Both of those dates were lost to Covid, but the recording, a commission from the SWR Big Band, and with a stellar roster of guest artists, was able to develop at a much more measured pace. When safety rules permitted, the musicians met to record in Stuttgart mid November 2020.

The extra time enabled the collaborative partnership of Swedish saxophonist Magnus Lindgren and American pianist John Beasley as co-arrangers to imagine further and dive deeper. Lindgren and Beasley met at the Jakarta Jazz Festival in Indonesia 5 years ago. That sparked an invitation to have Sweden’s Blue House Big Band to play MONK’estra’s music. A bond was formed because of the mutual admiration for each other’s unique style of arranging. Both musicians were keen to find a project to work seamlessly together in the unusual guise of co-arrangers. “For both of us it was our first time arranging as a team,” Lindgren points out. “We sent ideas and drafts back and forth between Stockholm and Los Angeles. We actually didn’t have many suggestions about each other’s writing because it was so fresh and had the bang-on feel we aimed for.” Five of the eight tracks on the album are co-arrangements. “It was a very creative way to make music, ” says John Beasley. “Two was more magical than one for “Bird Lives”. As we were all in lockdown, working so closely with Lindgren, who has such a ripe musical mind, it surely was more fun but kept me sane.”

Magnus Lindgren was voted Sweden’s best jazz musician in 2001, he has gone on to win many important prizes internationally. He says: “When I started playing the saxophone at 13, Charlie Parker was my ultimate hero, so this project really does bring me full circle.” Lindgren has been Artist in Residence with the SWR Big Band since 2018, a post which has been renewed for him for another three years. He has overseen an ongoing development in the band’s sound both through reinforcing its engagement as a specialist ensemble in orchestral jazz, and also by exploring various projects involving modern reinterpretations and makeovers of works from the jazz/big band canon.

Based in Stuttgart, the SWR Big Band was founded in 1951 and from its early days has been known as the “Daimler of the big bands” – a reference to the fact that Stuttgart is Motor City. The band has been ranked among the best jazz orchestras in the world for many years, with four Grammy nominations. It has attracted a roll call of stellar guests, from Miles Davis and Chet Baker in the early days to Dee Dee Bridgewater and Jacob Collier much more recently.

“Bird Lives” sits firmly in this tradition, of the SWR Band wanting – and making sure they present – the absolute best in music. The guest artists on “Bird Lives”, speaks to getting the A-list of saxophonists to pay tribute to Charlie Parker. On the opening track, multiple Jazz Critics poll-winner Chris Potter makes a mark with his inimitable sound and his flawless technique. Tia Fuller was musical director for Esperanza Spaulding and solo projects like “Angelic Warrior” contributes an amazingly laid-back modern version of “Summertime”.

Then, two tracks on, we hear the great Joe Lovano letting his tenor sax hover over “I’ll Remember April” with the particular warmth, softness, and expressive breadth that are uniquely his. Miguel Zenón brings a Latin touch and rhythm to Parker’s “Donna Lee”; and sax-great Charles McPherson who toured with Mingus plays luminously and meltingly in “Laura”, the song from the 1945 film with the same title. The French singer Camille Bertault is a new and rising vocalist. Her supreme craft and agility is heard here in a direct vocal transcribe of Charlie Parker’s “Koko”.

“Bird Lives” feels like a soundtrack for an imaginary film co-written by Lindgren and Beasley. The SWR Big Band performs with a string section of 10 players, but this recording is not a re-creation of Parker’s “Bird With Strings” albums. “We wanted to introduce new generations to Bird’s music, but we also wanted Bird fans to hear his music in a fresh and new approach,” Beasley explains, noting that near the end of his life, Parker idolised Edgard Varese and was longing to bring more structure, depth and variety into the way he wrote for orchestra. “We didn’t want to repeat what that has been done before, but rather create something different,” adds Lindgren.

The choice of compositions is true to the duo’s aim: there are Parker originals such as “Scrapple from the Apple,” bursting with bebop, there are also some of his favorite standards, such as the opening “Cherokee/Koko” mash-up and the grand finale “Overture to Bird”. But above all the great arrangements suit the context: they not only play to the strengths of the classic big band and of Parker’s endlessly inventive music, but also enhance them with newer stylistic elements, such as a joyous celebratory funk reading of “Confirmation”.

Charlie Parker was still in the early stages of working with orchestras when he died at the tragical early age of 34. “Bird Lives” may chart territory fulfilled dreams that Parker was not able to explore in his short lifetime. This recording has nothing of the “museum-piece” about it: this is music both of and for our time.