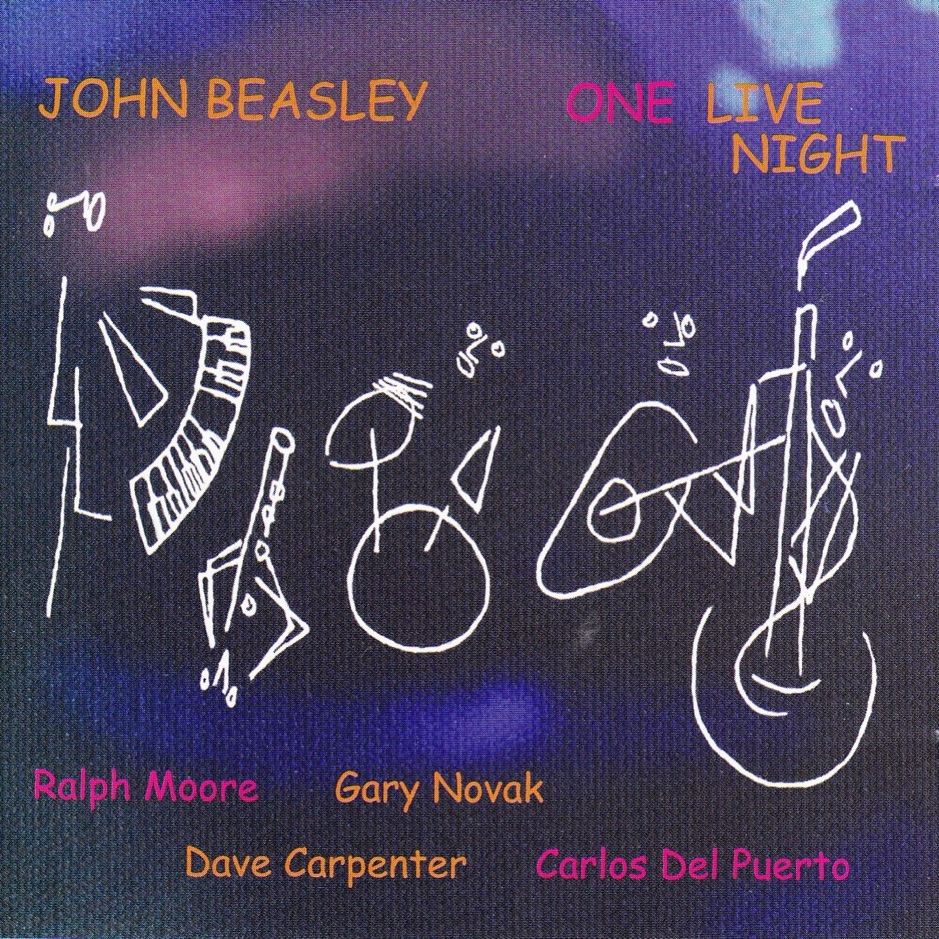 “…the album’s sound – reminiscent of an updated Herbie Hancock’s Headhunters.  Definitely worth checking out.”

“Beasley has recast the familiar jazz quintet as the modern version of the untraditional.”

Must have it Beasley’s credits list Fender Rhodes and CPU on his latest release, recorded live at LA’s Baked Potato in 2004, and featuring the ubiquitous Dave Carpenter on electric bass alongside the incredible Gary Novak on drums and saxophonist Ralph Moore.  The CPU credit pertains presumably to Beasley’s use of samples and electronics, which are key to the album’s sound – reminiscent of an updated Herbie Hancock’s Headhunters.  Definitely worth checking out.

Veteran L.A. keyboardist/composer Beasley—who’s worked with Freddie Hubbard and Steely Dan, as well as on American Idol—turns heads and ears at the Baked Potato with his probing, two-bass quintet. Carlos Del Puerto locks it down all night on upright, while Dave Carpenter takes a guitar-like role on 6-string bass, with tasty comps, fills, and two Patitucci-esque solos. Both gents then team up for a massive ostinato on the aptly titled “Altogether Marvelous.”